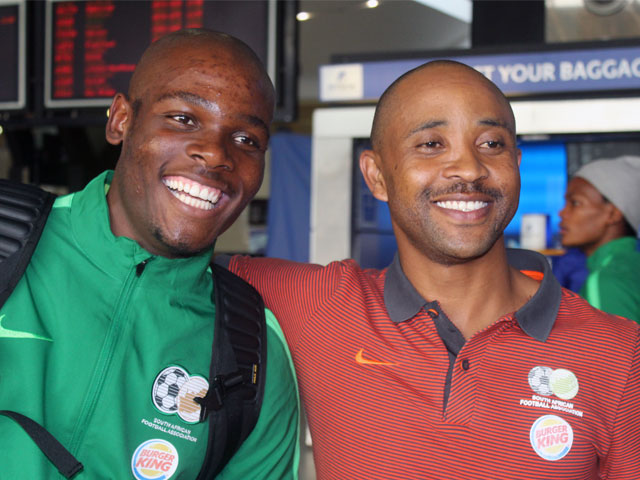 16 May Amajita are improving – Senong

Posted at 10:43h in Uncategorized by Nadine

Amajita coach Thabo Senong is happy with the way his team’s preparations for the FIFA U-20 World Cup have been going. South Africa beat Costa Rica 2-1 in a warm-up match on Monday.

“We played a very tough match,” said the coach.

“Costa Rica is a very good side. They were aggressive and physical but we obviously responded very well. Our team is slowly improving, especially on the tactical side. We are becoming mentally tougher and physically stronger.”

Amajita kick off their World Cup campaign against Japan at 10am (CAT).

StarSat will be broadcasting all the matches in the world cup. The match between South Africa and Japan will be live on channels 245 (ST World Football), 246 (ST Sports Premium), 241 (ST Sports Arena) and 240 (ST Sports Focus).

“The time zones have been difficult for the boys in terms of enough hours to sleep, training but they are slowly getting it right and the team spirit is excellent,” says Senong.

“But we still need five more days just to make sure that we acclimatise properly.”

The mentor believes the team needs to fix a few things before the tournament starts.

“We need to concentrate more in the match,” he says.

“Sometimes there are lapses of concentration, especially in the critical phases. We need to work on that because working with youngsters they can be inconsistent at times. But the potential is good, the team looks good. We just need to fine tune a few things.”