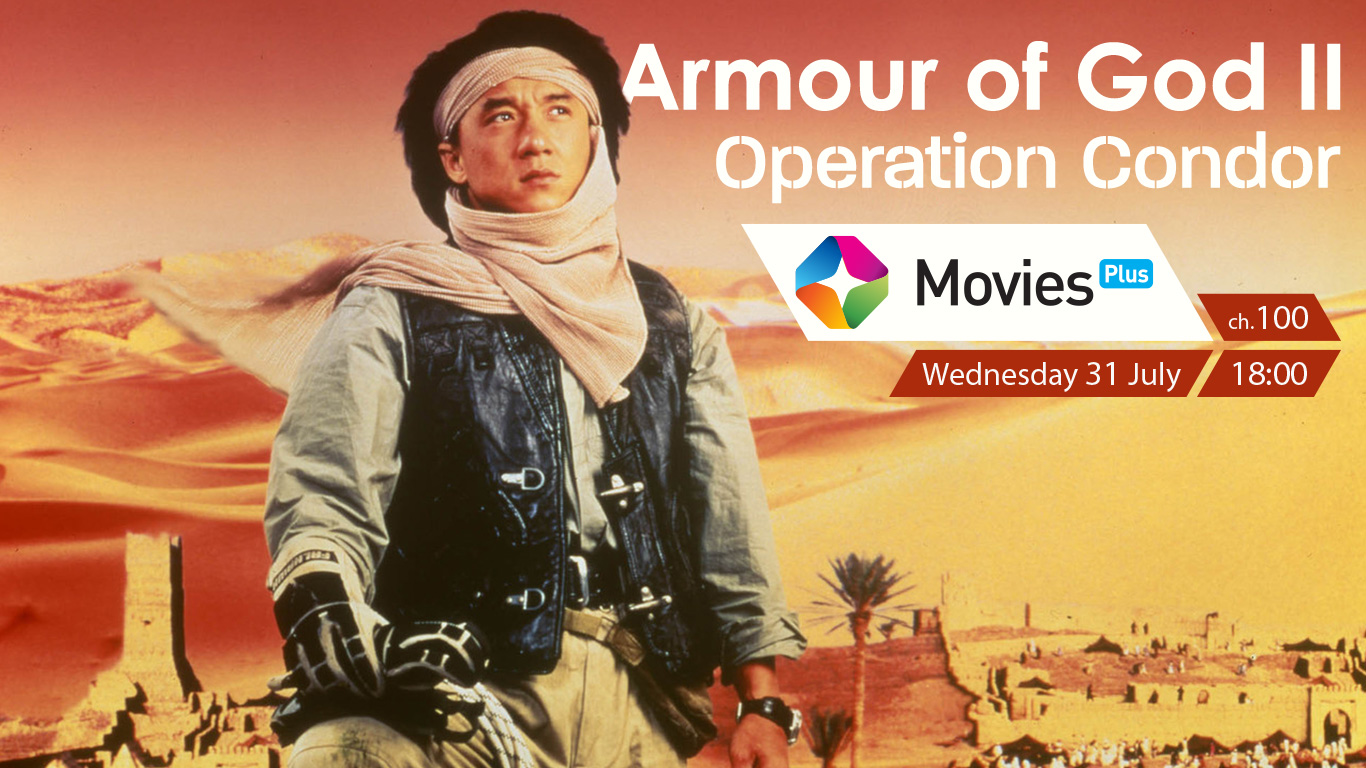 Them Nazis loved their gold. During their pillaging across Europe, they stole as much of the stuff as they could to enrich their regime and pay for their war efforts. As World War II came to an end, there were still a lot of Nazis who had a lot of gold. Not intent on losing their wealth a lot of powerful Nazi generals and officials hid their gold from the world.

In Armour of God II: Operation Condor, an ex-Nazi soldier by the name of Hans von Katterling is on a quest to reclaim the gold that he and his comrades hid away 40 years ago in a secret Nazi base-camp hidden somewhere in the Saharan desert.

The United Nations, however, doesn’t want that to happen, so they hire Agent Jackie (Jackie Chan), AKA Asian Hawk, to find the lost treasure before anyone else does. Helping him on his mission are three stumbling woman. One knows the landscape, one knows the enemy and the other, well, is a tourist in the wrong place at the wrong time.

This is an action film through and through. The choreography is impressive and the physical humour is on-point. Rotten Tomatoes gave the film 71% positive ratings, and the big budget certainly makes for a visually appealing stint to boot.  If you like Jackie Chan’s brand of action films then this is one you don’t want to miss.