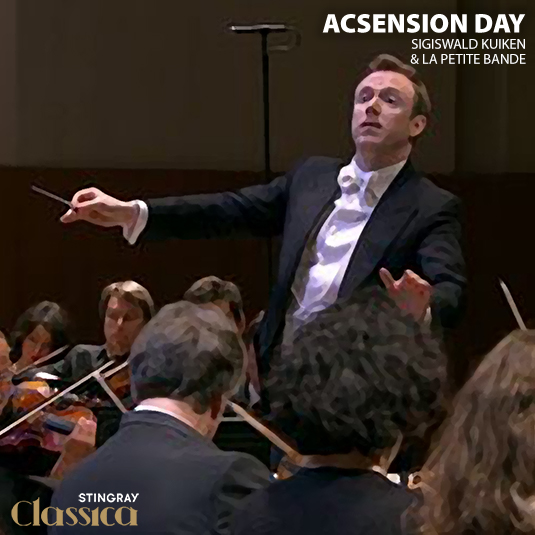 It’s a tradition at Stingray Classica to present a spiritual classic on Ascension Day, celebrating the music inspired by God.

This year’s show features the conductor Sigiswald Kuiken, known for his historically informed performances (HIP) of many famous composers, including J.S. Bach’s work. Musical recordings were only possible after the 19th-century. How a piece sounded before then is up to interpretation. HIP uses extensive research and period instruments to replicate, as close as possible, what music sounded like back then.

Joining him is the ensemble he founded in 1972: La Petite Bande. This Belgium-based ensemble is famous for using period instruments to play music of the Baroque and Classical era. As mused in The Musical Times:

“The group has an endearing attitude of indifference to concert platform ritual: each player is dressed for a different occasion. But there is nothing casual about their playing: this is some of the best-disciplined Baroque playing to be heard today.”

This world-class team will be performing Johann Sebastian Bach’s Ascension Oratorio in their signature style. Included in the performance are compositions of JS Bach’s son, Carl Philipp Emanuel Bach, a respected composer in his own right who wrote the Essay on the true art of playing keyboard instruments. A book studied by the likes of Haydn, Mozart and Beethoven.

The concert will take place in JS Bach’s hometown church, the St Nicolas Church in Leipzig.