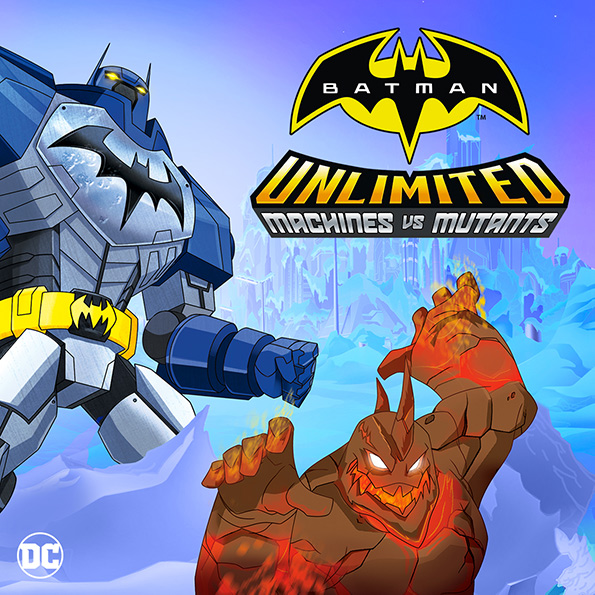 Mr Freeze isn’t a people-person. He’d much prefer if the world was an icy grave with only him left to roam it. The best he could do was find an ice cave at the pole to be alone. Unfortunately for Mr Freeze, people have a knack for exploration, especially when they can strike it rich. An oil-drilling plant has been built too close to Mr Freeze’s shelter and the only way he’ll be rid of them is to destroy the rig and chase the people away. Doing it alone would be very difficult, and the only person around to help him is The Penguin, banished here by Batman a year ago, who isn’t very keen on helping his roommate out.

Luckily, Mr Freeze doesn’t have to go it alone. He’s created technology that can turn even the most harmless of creatures into monsters of massive destructive force. An isopod is a scaly little creature no bigger than one’s hand, but using Mr Freeze’s technology it grows to be twice as tall as a man, exponentially bigger than it once was. The best part? Mr Freeze has full control of the creature. Armed with his creation, Mr Freeze sets it loose upon the drilling plant, and it makes short work of the buildings and people in it. With his invention, a decisive success, Mr Freeze and The Penguin set their sights on a much bigger prize: Gotham.

Using Mr Freeze’s mutating technology on a simple crustacean was bad enough, but now he’s planning on using it on things far more dangerous. Killer Croc was already a force to be reckoned with before he became a Godzilla size monster that shoots ice beams. Clayface could smash your face in any day of the week, but Mr Freeze’s serum transforms him into a massive molten lava monster that throws up lava and burns everything it touches. Even Bane gets an upgrade that would give him the power to beat King Kong.

If there was any threat that could flatten Gotham, a group of super-powered giants would top the list. Luckily, the Dark Knight has his own giant-size solution: a mecha Batman suit. Standing hundreds of meters tall and packed with plane-size gadgets and thick metal fists this suit is Batman’s best bet against these monstrous creatures.

Even in the cockpit of a giant robot, the Bat can only handle one monster at a time. It’s a good thing that Batman has friends that he can call on in the direst of emergencies. Green Arrow, Robin, Nightwing and The Flash are all suited up and ready to help save the day. This is an action-packed superhero movie you don’t want to miss.