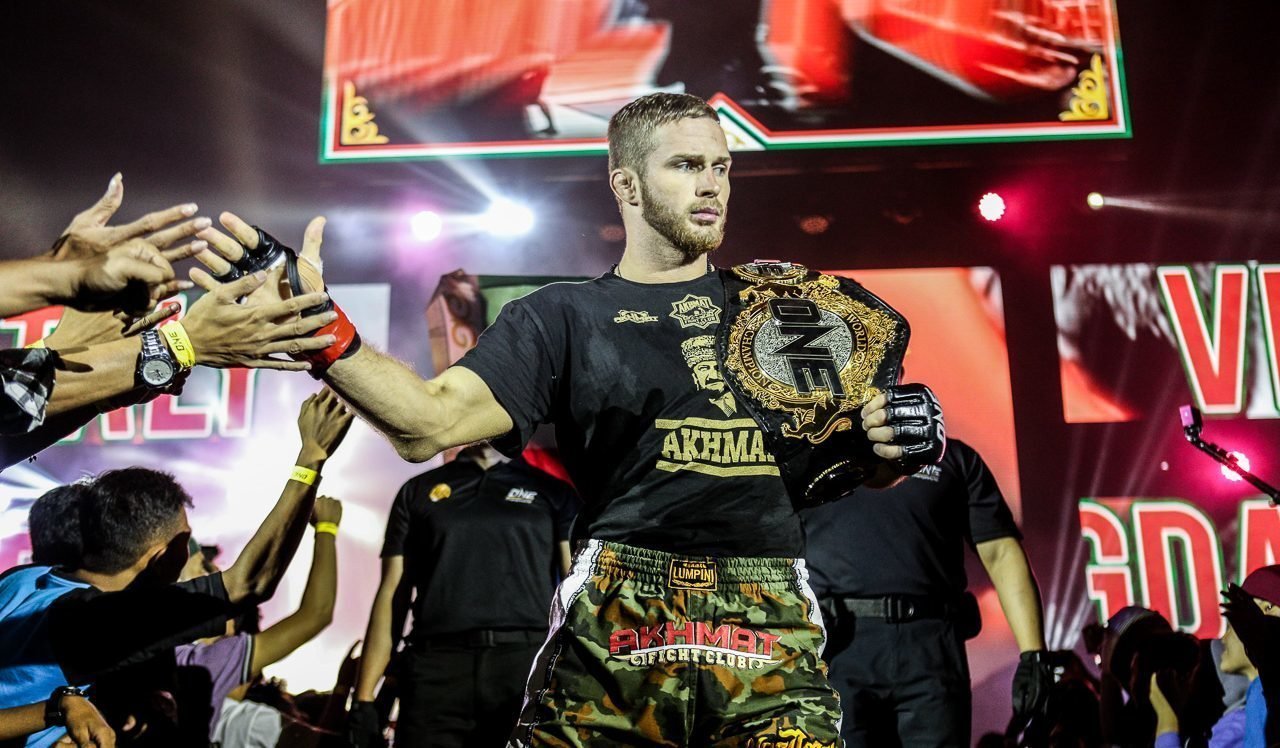 Posted at 10:14h in Uncategorized by Nadine

“Having already fought Aung La N Sang, I know his weaknesses, but he knows how to fight me, too. I respect him for showing up, but there is no way we are going to spend five rounds in the cage,” middleweight champion Vitaly Bigdash told the One Championship website.

The Russian was speaking ahead of Friday’s title fight against Aung La N Sang. The two square off in a rematch at 15:30 live and exclusively on channel 241 (ST Sports Arena).

They fought in Bigdash’s first title defence in January. The circumstances were different then. Bigdash had been scheduled to fight Marcin Prachnio, who had to withdraw due to injury. La N Sang took the fight on two weeks’ notice.

“Last time, I was preparing for one opponent, but got Aung La N Sang instead,” says the champion.

“This time, I am ready for him. I will finish him first, and then I would like to fight (ONE Welterweight World Champion) Ben Askren. He has been very vocal about me recently.”

Off course Bigdash knows what he will be up against as he will be fighting in La N Sang’s backyard at the Thuwunna Indoor Stadium in Yangon, Myanmar.

“I expect the audience to be hostile towards me, because I am coming to beat their hero,” he said.

“I am mentally ready for it. I respect Aung La N Sang for having the guts to say yes to this fight after the last beating he got from me. He is actually a decent guy, a family man — who knows, maybe if we lived in the same country, we could be friends.”