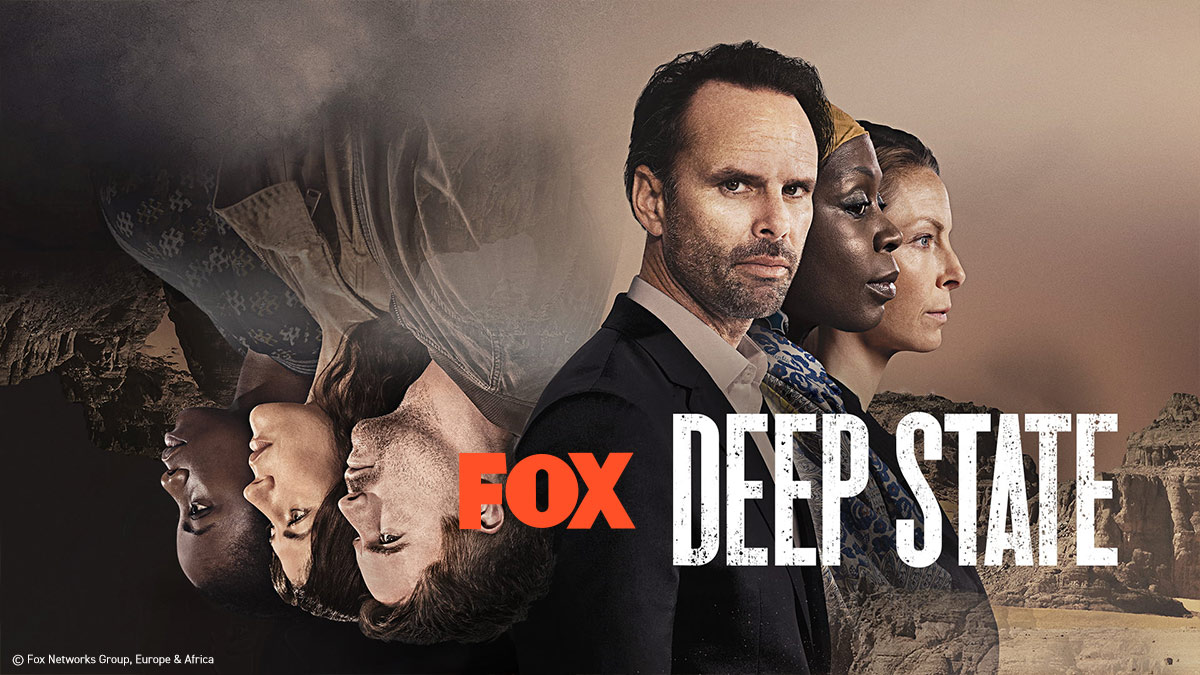 What espionage thrillers all have in common are interesting characters, complex story arches, various levels of violence, unexpected plot twists, secrets and betrayal all wrapped in a grim pessimistic realism that makes you happy that you’re at home on your couch instead of any of the characters on screen. Deep State sits comfortably in the genre, and its host of top-actors sells it even more.

In the first season, the main character Max Easton (Mark Strong) is a former MI6 agent who’s just chilling at home trying to forget what he had to do in the service of his country. That is until his wife and daughter’s lives were threatened. The man behind the threats turns out to be a guy who wants to enlist the services of Max for one more mission. Max agrees, not only to spare his wife and daughter but to also investigate the death of his estranged son who followed in his footsteps and became an agent too.

The second season comes to a head when a hand-full of Americans go missing in Mali and the ensuing political crisis puts a very lucrative contract in jeopardy. An ex CIA operative, Nathan Miller (Walton Goggins) is employed as a fixer to make sure the deal goes ahead as planned, whatever the cost. The story takes place in two timelines, one six months before the first season and serves as a sort of prequel, and the second six months after the first season so you get to see the ramifications of what transpired back then.

Along for the ride are a host of different characters, among them Harry Clarke played by Joe Dempsie (Game of Thrones) who is the dead son from season one. You get to see how he ends up dead in a passenger’s seat, yay! Joining them are Karima McAdams (Vikings) Alistair Petrie (Rogue One: A Star Wars Story) and Anastasia Griffiths (Once Upon a Time).