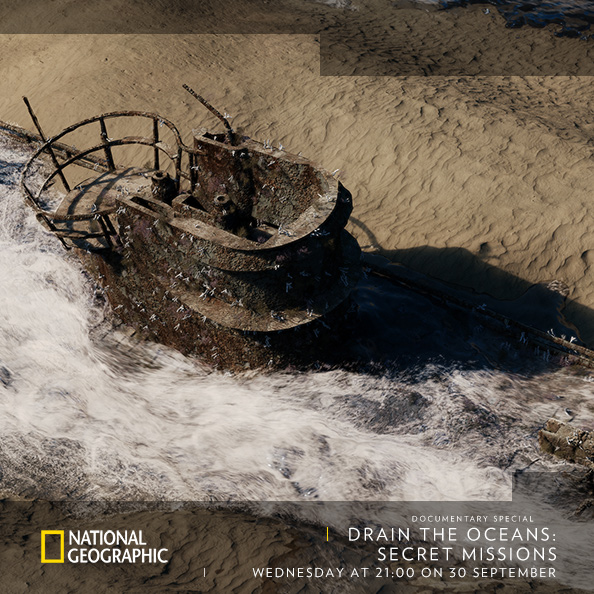 The biggest obstacle in the way of global superpowers waging war is the vast expansion of the ocean. Naval warfare played a big part of World War 2 with many battles changing the tide of the war. Every superpower had a vested interest in sea domination. In wartime alone, they created 50 battleships, 68 aircraft carriers, over 200 cruisers, over 1,000 destroyers, over 1,500 convoy escorts, over 2,000 submarines and over 60-million merchant tonnage.

The open ocean claimed many sea-faring vessels and swallowed countless deadly weapons throughout the war. Getting to them has proven difficult thanks to the pressure and darkness of the ocean floor. Luckily, we no longer have to dive to deadly depths to uncover these war machines.

Advanced imaging technology has allowed us to drain the oceans, so to speak, by creating accurate 3D models of the seafloor and all that lies on its surface. Pairing these models with unpublished footage and declassified documents, we can uncover secrets that have remained hidden for decades.

A secret mission brought the Nazi nuclear program to a screeching halt. Uranium on-route to Tinian Island mysteriously vanished. Nuclear missiles fished out of the ocean by the CIA. These and many more stories await in this documentary special.