Posted at 22:37h in Blog, DreamWorks, Kids Show by Support 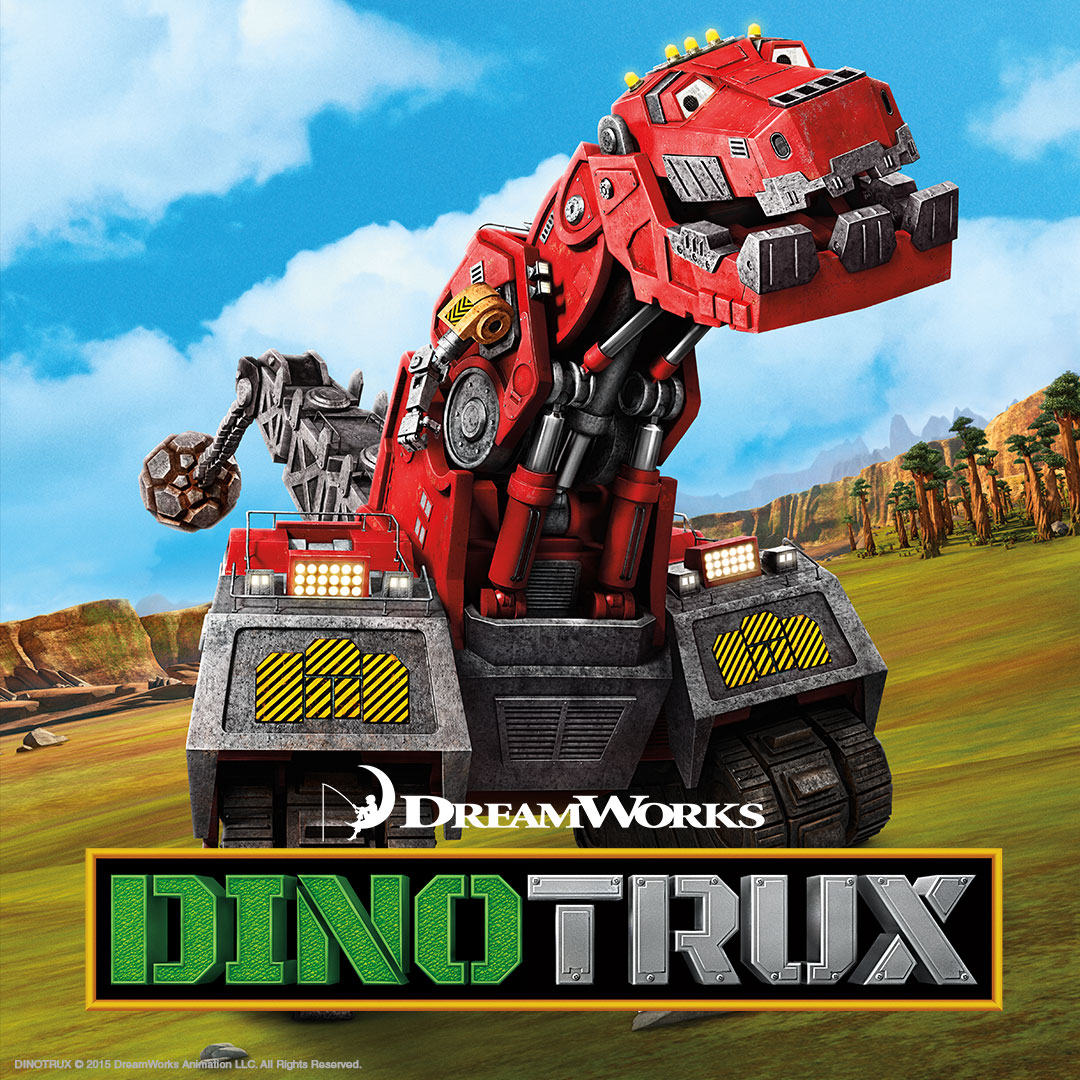 Ty is the leader: a red DinoTrux Tyrannosaurus Trux, a T-Rex megaton excavator. He’s got a can-do attitude and a wrecking ball tail. Revvit is his Rotilian Reptool best friend: part lizard, part rotary drill, he’s one of the handiest Reptools around. He’s even got a tape measure for a tongue. Joining the two main protagonists is the crew.

Dozer is a, quote: “cranky hothead”, but you won’t find a better friend or a bigger heart. He’s a yellow Dozeratops, part Triceratops part bulldozer. Ton-Ton is a blue Ankylodump, part Ankylosaurus part dump truck. Despite his enormous size and weight, Ton-Ton is a thrill-seeking high-flying daredevil who’s gotten stuck in a tree more than once. Sky is a tall orange Craneosaur, part Brachiosaurus and part construction crane. This tough, sassy lass can reach just about anything. Garby is a Stegarbasaurus, part Stegosaurus and part garbage truck. His favourite thing is chomping down on rocks and extracting their valuable ore.

As long as there are builders there are destroyers. Ty is trying to build him and his friends a terrific home to live in but D-Structs has a big problem with that. D-Structs is the same type of DinoTrux as Ty but coloured in black and white. He’s been living in the crater for all his life and doesn’t like that Ty is trying to build his home there and taking over the place. D-Structs and his crew spend their time breaking what Ty and his friends build and generally making their lives as difficult as possible.

Ty and his friends, however, will not be bullied out of their newfound home. Come join them in their zany adventures building their dream homes and fighting off the nasty D-Structs crew.

Saturdays and Sundays at 6 AM (double bill)