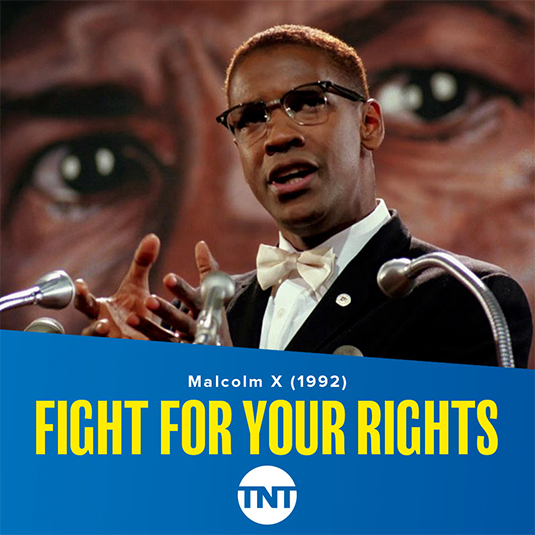 Sixty-one years ago, 69 people were gunned down and 180 others injured by police at a peaceful protest in Sharpeville, South Africa. Human Rights Day commemorates this infamous slaughter, taking place every year on the 21st of March. It also celebrates the sacrifices made by so many in the democratization of South Africa.

TNT would like to participate in the celebration by playing three human-rights themed films back-to-back this Sunday, the 21st of March.

16:30: Just Cause
An anti-death-penalty law professor fights for a man’s innocence who, after a forced confession, is scheduled for the electric chair.

18:15: Escape from Pretoria
“You are the white Mandela. You are the most alluded of them all,” says the prison guard to Tim Jenkin, an anti-apartheid activist sentenced to 12 years in prison. He, and his other prisoners of conscience, devise a plan to escape the notorious Pretoria Prison.

20:00: Malcolm X
After a life of crime, Malcolm Little becomes a follower of Islam inside prison and vows to dedicate his life to black liberation.