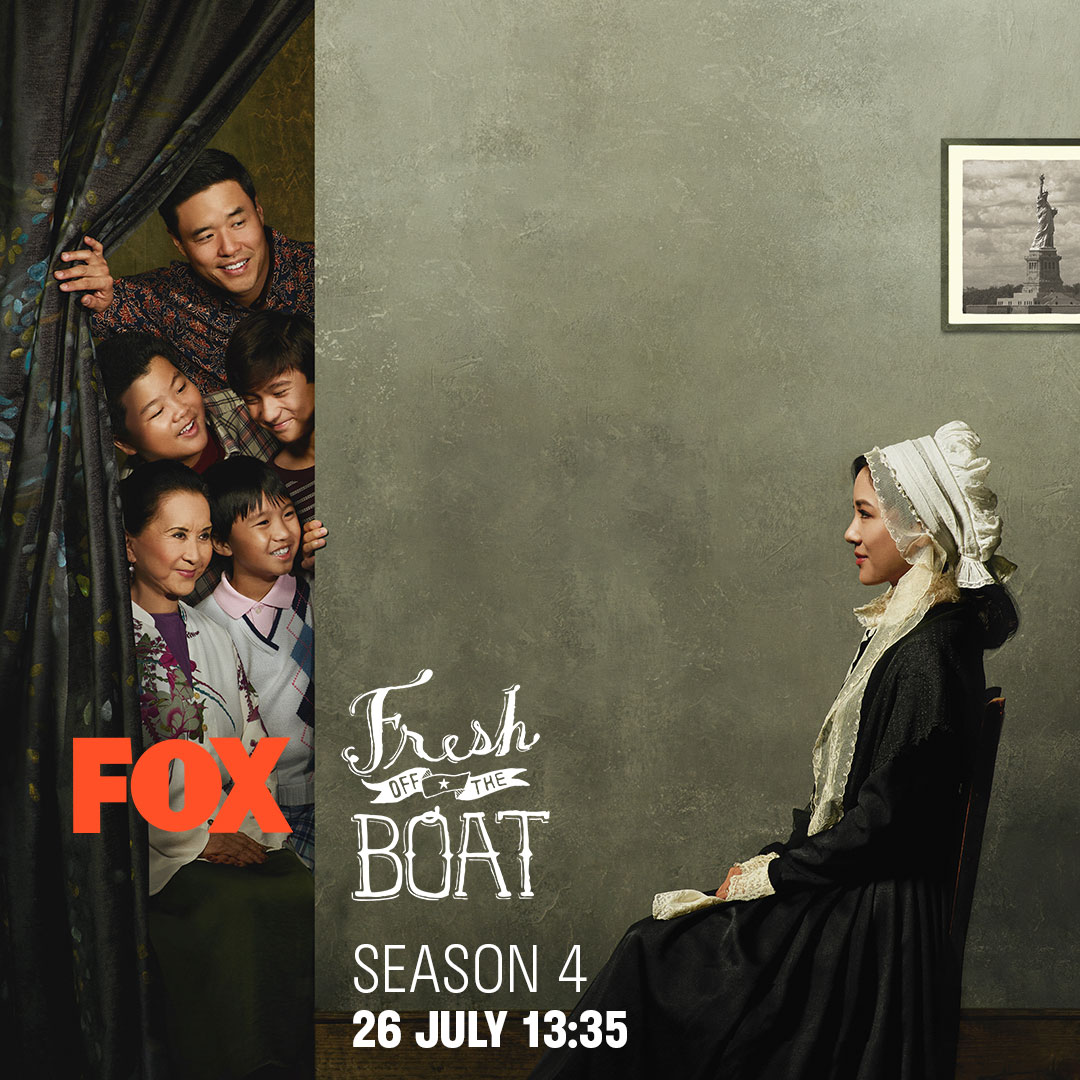 Fresh off the Boat (Season 4)

The American Dream: Move away to pursue your dreams and make a new life for you and your family in the country where anything is possible. The Huang family have done just that: moving from DC to Orlando, Florida to make a life for themselves in suburban America.

We take a look at their life through the eyes of 11-year-old Eddie who wants more than anything to fit in. He goes to an American school with American kids and navigating that environment with Chinese parents is quite the challenge, and his try-hard attitude leads to many humorous mishaps.

His father is a family man who’s invested their life savings into a cowboy restaurant called Cattleman’s Ranch Steakhouse. When it comes to his American dream he’s all-in. Running a restaurant with no experience and trying to get the community to support his business is hard enough without having to deal with the trouble his family constantly gets themselves into. Luckily his unending optimism keeps him motivated through the tough times.

Eddie’s mother doesn’t see their situation through the same rose-tinted glasses and struggles a lot more to fit in. She’s not too happy about moving away from everything they know, leaving behind their friends and family to go to a place where they know nothing and the humidity is terrible for her hair. She also hates the idea of being perceived as a “stay-at-home-mom” trying to open up a “second chapter in her life.” She’s also dismayed at her son’s attempts at fitting in because she fears that he’s forgetting his heritage.

This ragtag family are like fish out of water and their attempts to fit in and get by are made that much funnier when accentuated with their deadpan humour. This is a wholesome family comedy through and through, based on the memoirs of celebrity chef Eddie Huang. In this season Eddie has to deal with relationship problems; Emery is excited to spend her next year of schooling away from her annoying brothers but is startled to find that his gifted younger brother skipped a year; Jessica’s dream of participating in Wheel of Fortune comes to fruition; Louis has to cope with his kids growing up and spending less time with him, and the entire family has to deal with having to move into someone else’s house to get by.