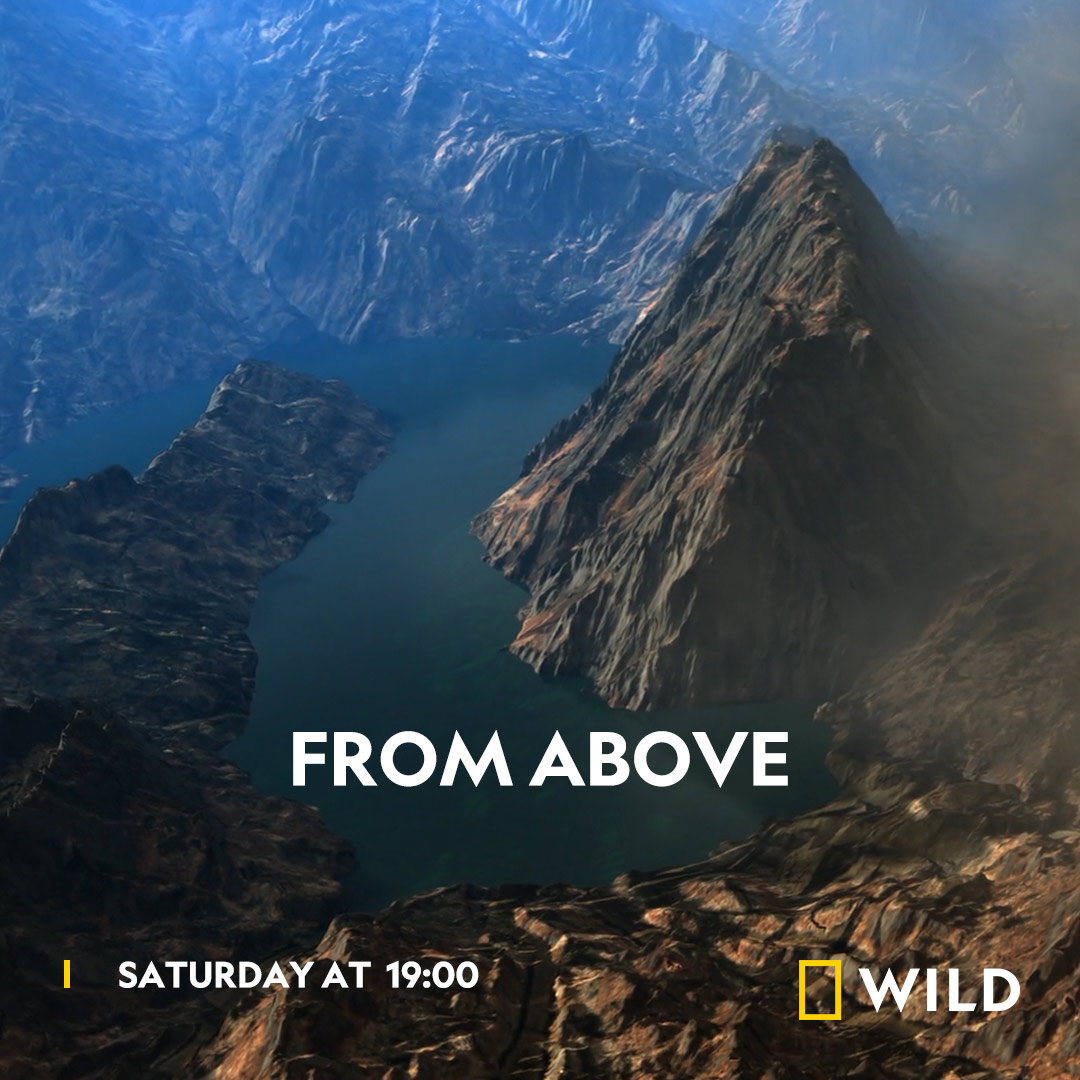 National Geographic Defies Gravity with “From Above”

NATIONAL GEOGRAPHIC DEFIES GRAVITY WITH TV’S FIRST GLOBAL AIRBORNE FRANCHISE, DELIVERING CUTTING-EDGE AERIAL CINEMATOGRAPHY FROM AROUND THE WORLD IN FOUR NEW INSTALLMENTS OF ITS HIGHLY RATED FROM ABOVE SERIES

Taking to the Skies over India, Ancient China, Egypt and Europe, National Geographic Cements its Successful From Above Titles as Television’s First Global Airborne Franchise with Forthcoming Chapters that Offer New Perspectives on Earth’s Developed and Untouched Footprints

Clip from the Forthcoming INDIA FROM ABOVE:

Johannesburg, 31 August 2020: National Geographic is expanding on the success of its From Above specials and creating television’s first global franchise driven primarily by aerial footage. With earlier iterations sweeping over the modern topography of China, Egypt, Europe, Japan and New Zealand, National Geographic located a sweet spot for viewers eager to rise above the fray and see their cultures, landmarks and landscapes with a new vibrancy.

Featuring breathtaking drone footage as its centre-piece, the From Above franchise explores, in stunning visual detail, the culture, history, innovation and engineering feats that have helped shape the world as we know it. With exclusive access all over the world, National Geographic’s cameras can fly through restricted airspace, capturing never-before-seen views of the Earth. Epic cinematography marries with advanced technologies to enable iconic tracking shots, with a drone able to lock in its flight coordinates and return to the same location to capture the same shot at different times and seasons, highlighting changes in the macrocosm below.

Anchoring the visual storytelling with the hard-won observations and wisdom of a local inhabitant who has a deep and abiding connection with their land, is integral to each show’s success. These human voices bring perspective and insight to the series while exploring geological wonders, animals and native wildlife, migratory routes carved over generations, marvels of human engineering, big celebratory festivals and ancient half-forgotten wonders.

“We started exploring the From Above world way back in 2013 and success returned with additional specials, but now we are committing to the creation of television’s first global franchise to be driven by cutting-edge aerial footage. We are planting our flag to let viewers know this will be a staple on our channel moving forward,” said Geoff Daniels, executive vice president, global unscripted entertainment for National Geographic.

“Our previous specials resonated hugely with audiences who delighted in seeing their homelands in a new way but, in a time of closed borders and limited travel, we believe this series brings a much-needed perspective on our societies and cultures whose differences often pale in comparison to some of their breathtaking similarities. With such visually stunning experiences and the deeper connections this franchise offers, we could not be more excited to offer these more frequently and with even greater diversity,” he added.

“At National Geographic, we are always striving to go further, always seeking to reveal our planet in new and exciting ways. With the From Above specials, we can combine new filming technology with well-known landscapes and landmarks to give viewers across the continent a new, breathtaking perspective of them”  said Evert van der Veer, Vice President, Media Networks, The Walt Disney Company Africa.

Increasingly used in film and television over the past decade, the game-changing potential in lightweight drone technology has never before been fully harnessed by a global television network. National Geographic has committed to developing a franchise with multiple upcoming instalments that let viewers take flight and see their world in a whole new way. Much of the footage in each episode can be filmed by a single cameraperson operating a drone in the field, offering a safe and reliable, socially distanced pathway to gathering and telling universally resonant stories.

About the forthcoming From Above titles:

ANCIENT CHINA FROM ABOVE

Ancient China From Above moves into the realm of satellite and LiDAR technologies to help peel away layers of modern development, taking viewers back in time to see how earlier landscapes were shaped in ways just like today. The series scours the largest manmade structure on Earth in Secrets of the Great Wall; explores Kublai Khan’s legendary lost city in inner Mongolia in Mysteries of Xanadu; and reveals Shimao, a newly discovered megacity from 4,000 years ago that was one of the largest on the planet and whose inhabitants created amazing Maya-like carvings and practised human sacrifice on an unprecedented scale in China’s Pompeii. Tackling astonishing new archaeological findings from above, the three-part series opens up new possibilities for potential future instalments of the franchise.

One of the world’s oldest continuous civilisations, India has the youngest population of any country on the planet. With an average age of 29 years, the populace is now faced with the largest democratic exercise in human history. India From Above hovers over the 850 million voters casting their ballots in 2019 to form a government. This story of a nation, at once both modern and steeped in mysticism, is told over two powerful episodes that will premiere globally on National Geographic in 172 countries and 43 languages from August 2020.

EGYPT FROM ABOVE: PAST MEETS FUTURE

Egypt From Above: Past Meets Future surveys the rhythms of this ancient landscape through new eyes. Taking a spectacular aerial journey across the country helps unlock the secrets of one of history’s most spectacular civilisations in the context of exploring the surprises of its unfolding future. The one-hour special will debut on National Geographic outside the U.S. in 2021.

Then, across six glorious hours, cameras return to the skies over Europe, capturing the changing seasons over a year in season two of Europe From Above. With exclusive access to key locations in Finland, France, Greece, Hungary, Sweden and Turkey, the series reveals how tradition, engineering and natural wonders have shaped this epic continent. New perspectives on these well-known countries paint a vibrant portrait of the region and the people who keep it alive. The new season will premiere globally on National Geographic in 2021.

How to tune in: