Posted at 20:30h in Blog, JimJam, Kids Movie by Support 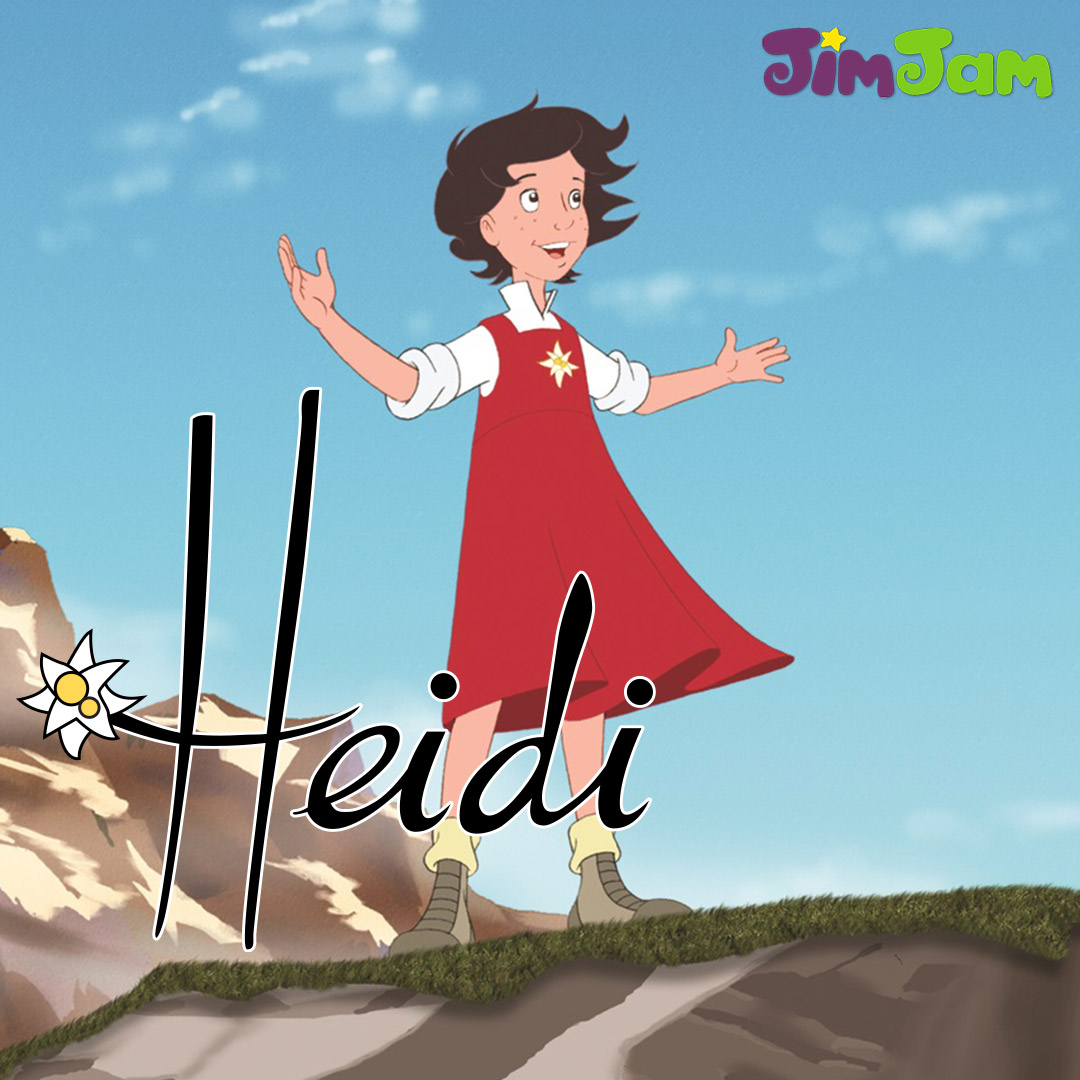 Heidi is an orphan who’s been living with her aunt Dete basically her whole life.  Aunt Dete isn’t the motherly type and feels pretty resentful that she’s been forced to take care of Heidi since both her parents died when she was very young.

A new job opportunity has Aunt Dete moving to Frankfurt, but she refuses to be saddled with Heidi for any longer, so she packs Heidi’s bags and takes her to her Grandfather, for she’s done her duty now it’s the old man’s turn.

When they arrive in the Swiss town at the foot of the Swiss mountains Aunt Dete meets an old friend.  While resting on the edge of a fountain a goat grabs her brand new hat and runs off with it. Heidi, who’s been attempting to pet the goat for the past few minutes, runs off after the goat with the goat herder on her tail.

Higher on the mountain Heidi finds the goat happily chewing Aunt Dete’s hat and the herder who’d given up trying to chase it, and the two introduce each other as Heidi and Peter.  When Heidi tells Peter why she’s there Peter is surprised to hear that she’s going to stay with the old man.

Her grandfather is feared by all the townsfolk for his abrasive attitude and gruff demeanour, and Peter fears that Heidi will hate having to live with such a brute.  They go up the mountain together to find Heidi’s Grandfather chopping wood and Heidi introduces herself as his granddaughter.  Aunt Dete is close behind and instructs the old man that he will be looking after Heidi from now on for she’s done what she can.  If he were to refuse she’d have no other choice than to place the only daughter of his dead son in an orphanage. Bitterly and reluctantly the old man grumbles his agreement and ushers Heidi into his home.

Heidi has to learn to make this place her home while trying to make new friends and deal with the hard life on a farm. The old man has to rediscover his humanity after his only son died so that he and his granddaughter can get along enough, at least enough to make their life together not a constant nightmare. It’s a heart-warming story of how two different people have to grow together to find fulfilment and happiness.