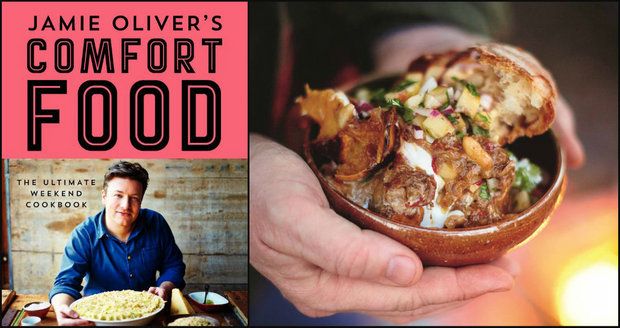 Jamie Oliver grew up in the kitchen, helping out his parents in their restaurant. He loved it so that he left school at 16 to continue his studies in food.

Eventually, he found work in London and after being featured in a documentary he got offered to host his own television show, “The Naked Chef”. His show and subsequent books were a hit, and after three seasons he went on tour, selling out in 7 cities across the world.

“Jamie’s Kitchen”, a show in which Jamie Oliver raises funds for charity and trains up-and-coming chefs, became a huge success, and the restraint that sprung from his invention, “Fifteen”, can be found in cities around the world.

“Jamie’s School Dinners” is a show in which Jamie Oliver took to the schools of the UK in an effort to supply kids with better nutritional meals. His efforts caused a public outcry which caused the British government to invest in school meals, education and training.

Jamie Oliver has had many series and books since then and continues to inspire people to cook their own food.

In “Jamie Oliver’s Comfort Food”, Jamie Oliver creates simple British comfort food ranging from snacks, mains and desserts. He takes staple guilty pleasure food and reinvents and upgrades them. The series is filmed in his Essex home and features his friends and family.