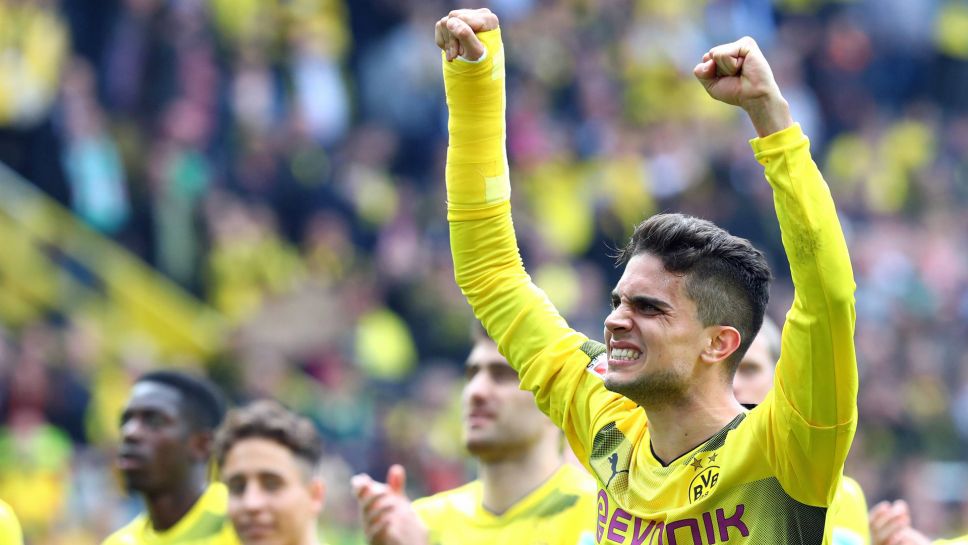 Posted at 10:45h in Uncategorized by Nadine

Marc Bartra may have won five La Liga titles and two Uefa Champions League trophies with his former club Barcelona but the Borussia Dortmund defender does not see any of these triumphs as his greatest achievements.

“Playing football again after hitting rock bottom,” he once told a Twitter follower when he was asked.

“It’s the greatest triumph I can have and I achieve it every day I put my boots on.”

Earlier this year Bartra was in the Dortmund team bus ahead of a Champions League clash against Monaco. The match had to be postponed as the bus was hit by three explosions.

Bartra was left injured from the attack.

“When the attack happened, I thought I’d never play again. In the first five, ten minutes, I couldn’t move, I couldn’t hear anything,” he revealed.

He has since had surgery on his wrist and returned to action in the yellow and black colours of Dortmund.

“When the doctor told me after the operation that everything would be fine and that I would be able to play again in a month, it was incredible and the very best news. I now feel stronger today than I did before,” says Bartra.

Last Saturday he scored in his side’s 3-0 win over Wolfsburg and will be looking to help his side continue with the good start to the season.

Dortmund is at home against Hertha on Saturday, 26 August, live and exclusively on StarSat channel 245 (World Football).

Catch all the matches in the Bundesliga live and exclusively on StarSat.

This weekend’s Bundesliga schedule is as follows: