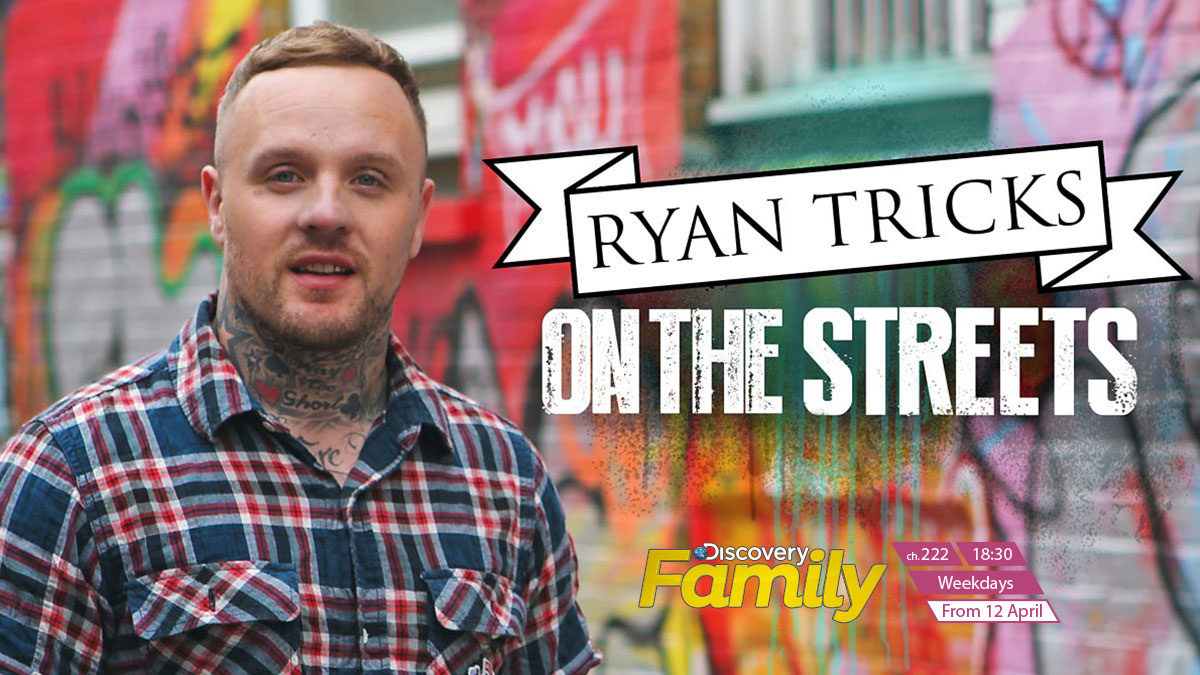 09 Apr On the streets with Ryan Tricks

When you look at Ryan Tricks your first thoughts might be hooligan or biker, but this tattoo covered man is actually a magician and a mentalist. He first got into magic when he was eight years old and his mum bought him a magic set. He went upstairs to perfect his first trick, and then came down to perform it for his mother. The surprise and smile on her face made him decide that that was what he was going to do for the rest of his life.

Now, after he’d appeared on Britain’s Got Talent and amassed a social media following, he’s going through the streets of Britain doing ticks. He believes that magic is a way to bring joy and change to someone’s life, even if it is just for a moment. If you like magic and good blokes walking about making people’s days you don’t want to miss this.