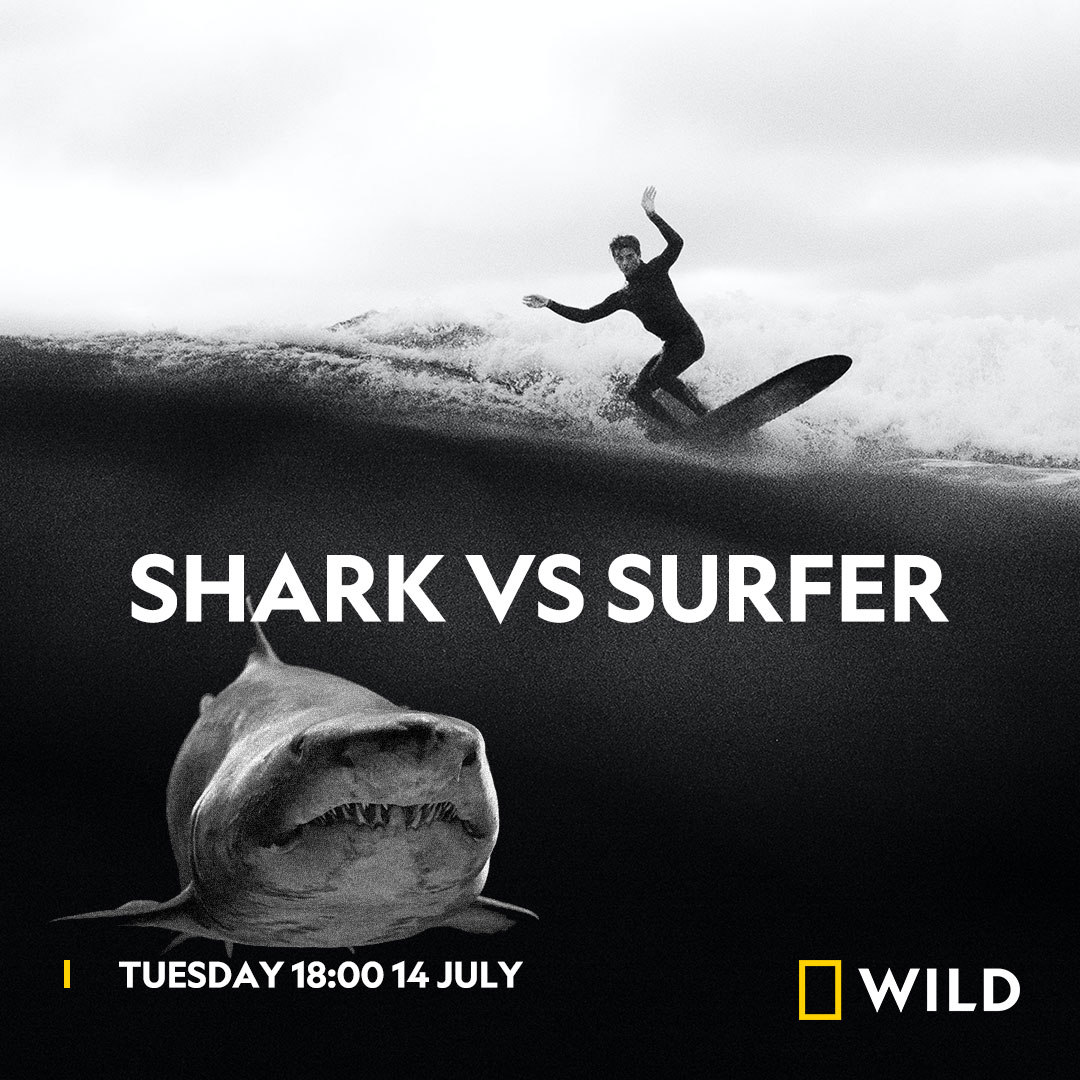 In the majority of cases, sharks are docile creatures towards men. People aren’t their usual meals so more often than not a shark would rather avoid people than try to eat them. There are a few species of shark which, instead of fleeing, rather decide to have themselves a curious bite, much to the dismay of their human victim.

This series features the marine biologists Dr Ryan Johnson and Dr Steven Kajuira as they find out why it is that when a shark bites a person, that person is very often a surfer.

July is the month of sharks on National Geographic Wild. Our daily 6 PM slot will be dedicated to learning more about these feared and misunderstood pointy-toothed predators, from how they operate, the dangers we pose to them and they pose to us, and how we’re using technology to

Every day at 6 PM on National Geographic Wild (ch 221, July)