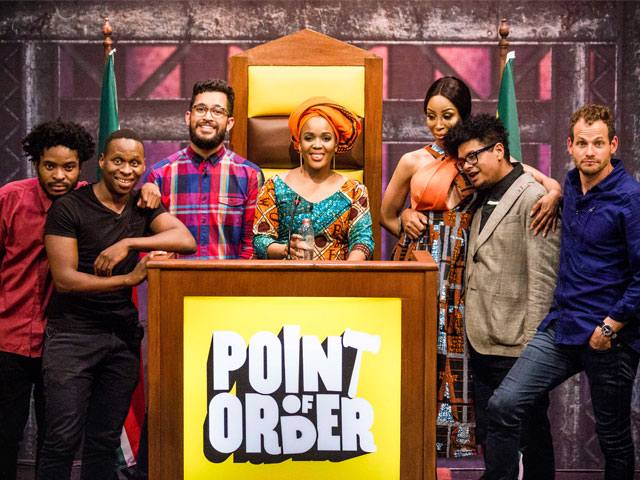 Posted at 16:06h in Press Releases by Nadine

Launching season 2 on Saturday 1 April, StarSat’s Point of Order is a comedy panel show based on the controversies within the South African parliament, hosted by the brilliant Tumi Morake. The show allows for SA’s top comedians to introduce important and vital new laws, like singing in the shower should feature 90% local content, and gives special guests a chance to talk ….. well politics, almost like real MPs do – perhaps with only a little more sensibility.

With just one season to its name, Point of Order received SAFTA nominations in the “Best buy valtrex without rx Game Show” and “Best Presenter” categories, and won the award for “Best Game Show”.
Commenting on the nominations, as well as the win, Head of Content at StarSat, David Makubyane said, “We are very excited to have these award-winning shows on the StarSat platform. The calibre of both these shows sets StarSat apart in the comedy category. Given their popularity, we are confident that they will continue to bring home future awards.”

Saturday night comedy features large on ST One, with Point of Order and Puppet Nation being part of the entertainment line up. The shows are broadcast on ST One, channel 120 at 20:30 and 21:00 respectively.