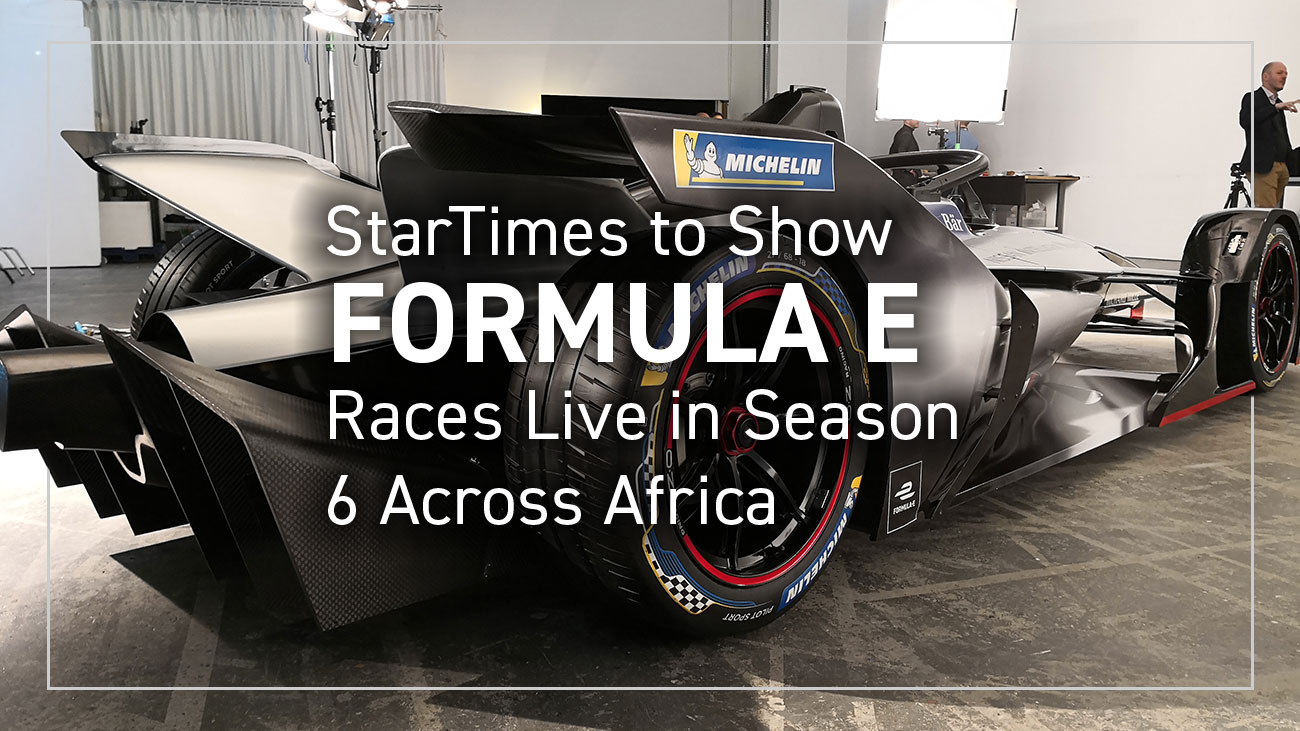 Posted at 17:29h in Press Releases by Support

LONDON, UK (January 17, 2019) – The ABB FIA Formula E Championship has today announced that StarTimes will show all remaining races of the current season live across its linear and digital channels in Africa.

The new broadcast partnership will see the electric street racing series screened in 37 countries across the African continent, including South Africa, Uganda, Nigeria, Kenya and Tanzania.

StarTimes has a strong presence in Africa and will provide comprehensive coverage of Formula E on their flagship channel StarTimes Sports Premium, as well as featuring on the StarTimes ON OTT platform.

Hugo Lavell, Head of Media & Distribution at Formula E, said: “As we enter a new year of electric racing, it’s fantastic to be able to announce our expanded reach with races being aired live across Africa on StarTimes. It’s been an unpredictable and action-packed start to the season, so we’re extremely pleased to be bringing comprehensive coverage of Formula E to more fans with this new and exciting partnership.”

Shi Maochu, StarTimes Sports Director, said: “We are very happy to give our users the opportunity to watch Formula E races live. Electric cars are the future of motorsport, and I think Formula E has great potential in Africa as it combines new technologies and intense competition. We constantly seek to bring the best content to our users and with Formula E, they’ll enjoy great motorsport races.”

To learn more about the ABB FIA Formula E Championship, find out where to watch and buy tickets, visit www.FIAFormulaE.com or download the app on iOS and Android.

Electric is 45-minutes of non-stop action. The ABB FIA Formula E Championship is the closest and most competitive category in motorsport, with unpredictable and exciting electric racing in the centre of the world’s most iconic cities. Formula E is the fastest-growing series in motorsport and boasts the best roster in racing, where renowned road car manufacturers and automotive brands battle for points, position and bragging rights. Electric is a race that matters. Formula E is more than just a race on the track, it’s also a proving ground and platform with a higher purpose – to test new technologies, drive development to the production line and put more electric cars on the road. Using the spectacle of sport, the ABB FIA Formula E Championship is sending a powerful message to speed-up the switch to electric, in a bid to counteract climate change and address the devastating effects of air pollution. www.FIAFormulaE.com

ABB (ABBN: SIX Swiss Ex) is a technology leader that is driving the digital transformation of industries. With a history of innovation spanning more than 130 years, ABB has four customer-focused, globally leading businesses: Electrification, Industrial Automation, Motion, and Robotics & Discrete Automation, supported by the ABB Ability™ digital platform. ABB’s Power Grids business will be divested to Hitachi in 2020. ABB operates in more than 100 countries with about 147,000 employees. www.abb.com