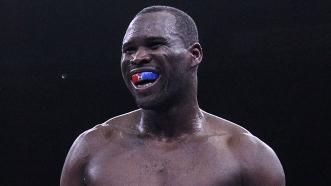 Posted at 15:01h in Uncategorized by Nadine

World Boxing Council (WBC) champion light heavyweight champion Adonis “Superman” Stevenson has been too good for his opponents since he beat Chad Dawson for the title in 2013. He has stopped five of his seven opponents since winning the strap.

The only fighter to give him problems in that time was Andrzej Fonfara. Fonfara even had Stevenson on the canvas early on in the fight in 2014. The champion ended up winning that fight on points.

Now the two fighters meet again. Superman will put his WBC title on the line in the fight at the Bell Centre, Montreal (Canada). The bout will be broadcast live and exclusively,  Sunday morning June 4 , on StarSat’s channel 241 (Sports Arena) at 02:00.

Fonfara has shown that he can be a worthy opponent for the champion as he has beaten the likes of Julio Cesar Chavez Jnr, Nathan Cleverly and Doudou Ngumbu since losing to Superman.

Haitian-born Stevenson has been living in Canada since he was seven years old.

“In Canada, I’m the king of the light heavyweights,” he told the Premier Boxing Champions website.

“You know I come to give a big show. It’s good for Canada and Quebec, and good for the kids training to be a world champion.”

Can the Polish Fonfara take Stevenson’s title in Canada?