Posted at 20:41h in Blog, Kids Show, Toonami by Support 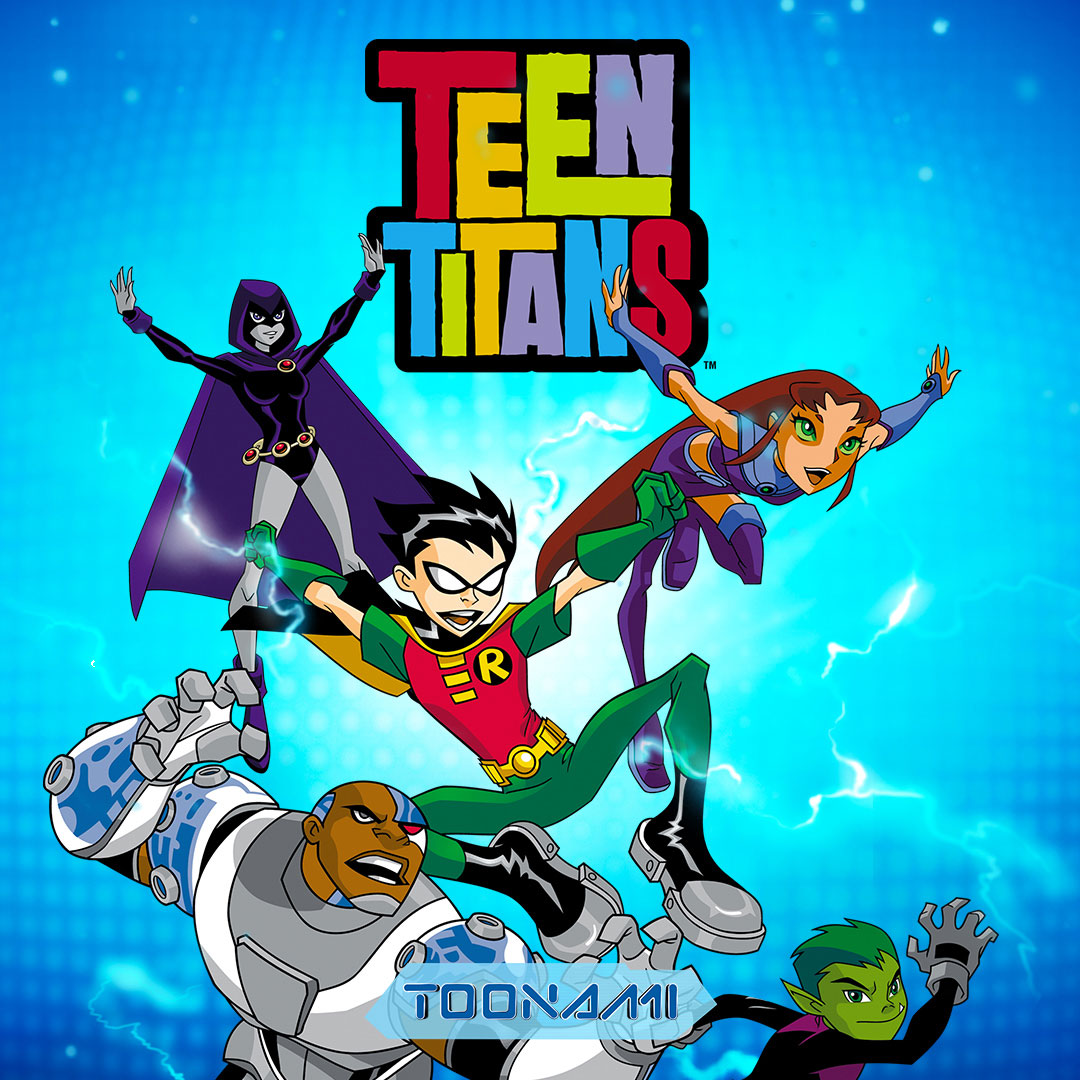 From their T-Shaped tower off the coast of Jump City, the group of teenage superheroes fight threats against both their city and the world. Mortal danger every other day won’t stop them from attempting to live a fulfilled life though, as they struggle to balance their world-saving responsibilities with their dreams and to follow their hearts wherever it takes them.

The members of the Teen Titans differ from time to time as new challenges and circumstances present themselves, but the main cast consists of five heroes:

Robin, the only one in the group with a secret identity, is Batman’s protégé who struck out to form his own group. He’s a real Renaissance man with all the skills of his teacher: master fighter, tactician, hacker, lock-picker, investigator and leader, amongst many others. He’s the official leader of the group and helps train them for the dangers they’ll be facing.

Cyborg is, after an incident where he was fused with some alien technology, is a half-man-half-machine who can utilize all sorts of technological enhancements to help him out: His augmented brain can make calculations at a speed far beyond any normal human. His robotic limbs can transform into a variety of different weapons. His mechanical eye allows him to see what others cannot. When it comes to his human side, his tallness, large muscles and dominant presence make him a natural leader and is, therefore, Robin’s second-in-command.

Starfire is an alien with all sorts of amazing abilities, from learning the entirety of someone’s language by kissing them to flying and shooting blasts of energy from her hands. On her home planet, she’s a princess, and her sheltered upbringing has left her very naïve but also very sweet. Her innocence in social situations does not translate to her battle skills, for she’s a formidable fighter and tough-as-nails.

Raven mostly keeps to herself. Out of everyone she has the highest emotional stability which is good considering she wields tremendous demonic power. Her father is the demon-ruler of the dark realm Azarath who spends his days plotting to enslave the world she calls home. Her constant battle to keep dark forces at bay both within herself and the world means she’s a complex, conflicted character who tends to come across a bit cold. Luckily for the good guys, her heart is good.

Beast Boy is green all over and can turn into any animal he wishes, from an acrobatic bat and a sharp-nosed hound to a water-breathing shark and even a mighty Tyrannosaurus Rex, Beast Boy can do it all. By changing his current animal to whatever the situation calls for he makes for a very versatile and unpredictable opponent. As a person, he’s very happy-go-lucky, always on the hunt for his next bit of fun. Often the comic relief this kind-hearted kid is the heart of the group.

Thanks to how varied their skills and perspectives are, this group of misfits have put away many criminals and are going to put away many more. Make sure to catch their exciting adventures.