03 Aug The Adventures of Puss in Boots

Posted at 22:30h in Blog, DreamWorks, Kids Show by Support 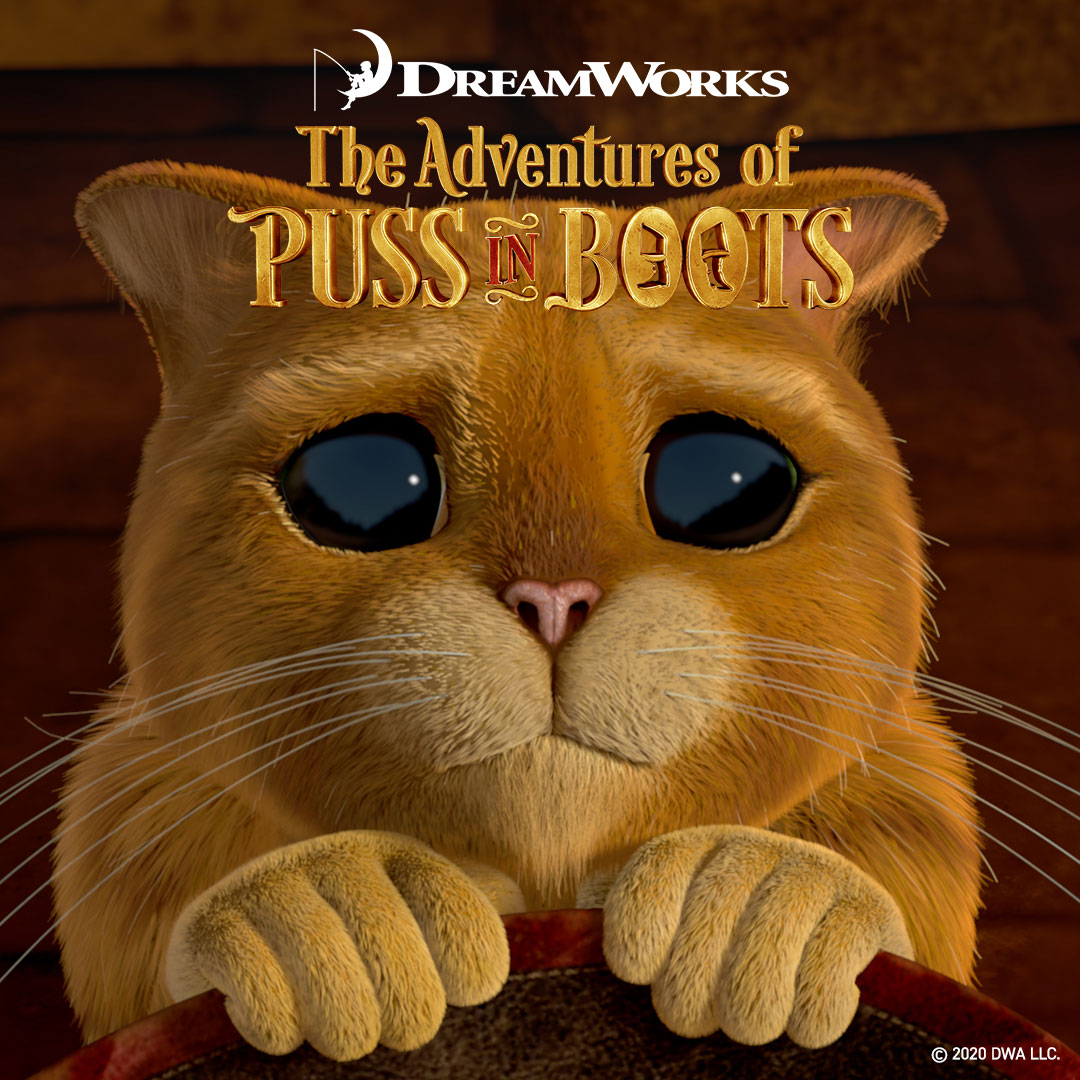 The Adventures of Puss in Boots

“I am the wind. I am the night. Adventurer; outlaw; lover. There is no heart I cannot win; no treasure I find. My only weakness: hairballs (I hate those). I am a nomad, a free spirit. I am Puss, in Boots.” ~ Puss in Boots.

After the Golden Goose incident in San Ricardo Puss in Boots is once again on the road seeking his next big adventure. He stops by the Thieves’ Market where all manner of ill-tempered ruffians gather and spots someone who does not belong: an overly nice and very lovely lady by the name of Miss Dulcinea. Miss Dulcinea isn’t very street smart and goas around proclaiming how much money she has which of course gets the attention of the thieves all around her.

Puss in Boots has three rules: “Always seek adventure; always help a lady, and always be good to orphans”. In a flash, Puss comes to the lady’s defence and warns the attackers that she is under his protection. This threat, and Puss’ display of combat skills, is enough to get the bandits to flee.

Miss Dulcinea dismisses Puss after he helped her, claiming that she would be fine travelling back home with all her money. Once again, but this time unbeknownst to her, Puss stops bandits from attacking her. Puss then makes up his mind: the lady needs his protection, and he would provide it.

Puss follows Miss Dulcinea to a dead-end inside a barren mountain. Miss Dulcinea says the magic words and vanishes. Puss, repeats the phrase and follows her through the magic cliff-face. Low and behold Puss finds himself in the Hidden City of San Lorenzo.

The folk in the hidden city don’t take kindly to strangers, but Miss Dulcinea comes to his defence saying only those who speak the magic words and have a good heart may pass through the magic barrier. The locals then leave Puss alone and Miss Dulcinea welcomes him to her home through a tour.

Always seeking great treasure, Puss asks Miss Dulcinea to show him the fabled treasure of the city and she gleefully agrees. She tells him of the great mage who, using “the gold, mystic jewels and magical items from a thousand lands”, created the powerful spell that has hidden the city from the world for hundreds of years.

She also warns him that if but a single coin were to be taken from the treasure horde, the spell would be broken. Problem is, she only decided to tell him that fun fact after they left the treasure room and after Puss took for himself a little souvenir.

The spell was broken and the magic that protected the city disappeared. The next minute bandits were already showing up trying to steal the great treasure of the city. Puss, feeling a tad guilty, defends the treasure, but after winning the fight warns the people that they should leave the treasure to the bandits for the sake of their own lives.

Miss Dulcinea refuses and convinces Puss that the spell can be restored and that they really need him. Puss proclaims to the next wave of bandits that the city is under the protection of the legendary Puss in Boot and chases them off.

Join Puss and his quirky friends as they go on many an adventure in their quest to restore the magic of San Lorenzo.

Double bill on Saturdays and Sundays at 8 AM