Posted at 23:02h in Blog, DreamWorks, Kids Show by Support 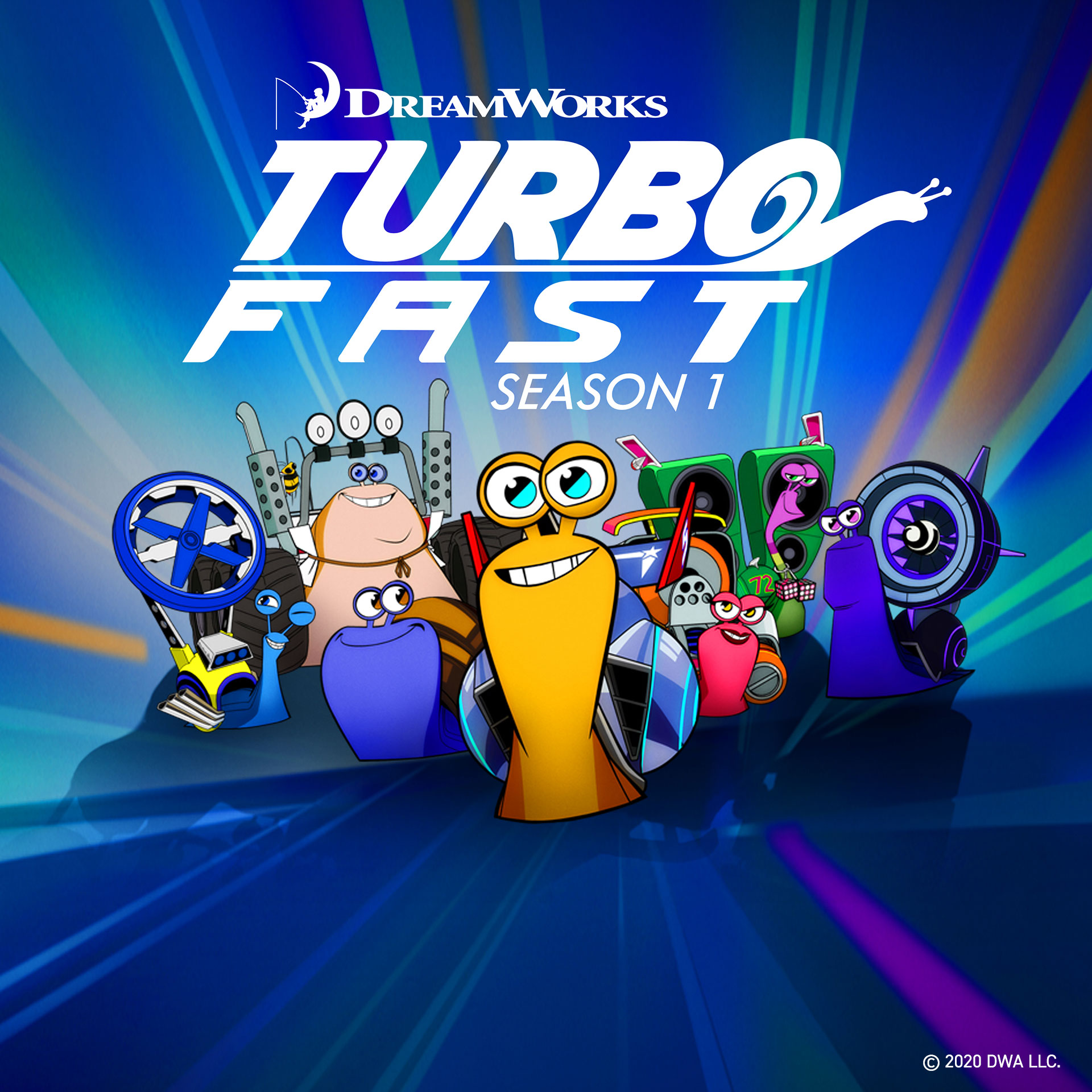 After Theo (known to his friends and marketing team as Turbo) won die Indy 500 race he went on a nationwide tour to celebrate. When he got home there was an amazing surprise waiting for him: While he was on tour his newfound wealth was spent building an entire city! A snail city so to you and me, not a very big city.

Starlight City has everything a snail didn’t know he needed, including a city hall, a movie theatre, a skate park and even a plastic owl to keep the birds away (which only works sometimes). No city built for the fastest snail alive could be complete without one thing: a racetrack!

To welcome Turbo to his city his friends set up a welcome race for him to enjoy. Unfortunately for Turbo, this track isn’t an oval. It’s got jumps, loops, curves and more: a bit too much to handle for a guy used to driving in circles. Turbo basically crashes into everything but his superior speed has him catch up to his friends until the race is crashed by a bug with a grudge.

His name is Hardcase and he’s got a big problem with Turbo. You see, Hardcase is a tiger beetle, the fastest creature (for its size) in the world, and Turbo stole his thunder. Turbo is given two choices: A race in which the winner keeps the championship cup and Starlight City, or he and his friends tear his city to the ground.

Now Turbo must master the track with the help of his friends in order to have the residents live in peace. This is but the first adventure waiting for Turbo and the gang, for their little city has attracted a lot of attention and the world wants in.

Buckle in because this is going to be a wild ride.

Double-bill on Saturdays and Sundays at 11 AM